Sensory peak, climax, discharge of sexual tension or as our Gallic neighbors call it: “little death”. There are many words that we could use to define the female orgasm and, surely, each woman would choose one. Because there are hundreds of ways to reach orgasm, although sexuality experts agree that there is a main physical culprit: the clitoris.

The root of the word already gives us a clue: “orgasm” comes from the Greek organ, which means “to boil, to burn”. A release of arousal that occurs for a few seconds and that can be achieved in the most diverse ways.

In recent times, sexual health experts have tried to break with the myth of the classes or types of orgasms to make an idea clear: there are as many orgasms as there are people in the world.

And, what’s more, everyone can feel or react to an orgasm in different ways. At present, it is emphasized that pleasure always lies in the brain. In fact, there are some people who manage to reach this climax with their imagination, while thinking about an exciting situation or dreaming in their sleep. And it does not necessarily have to occur with mechanical stimulation through direct touch to the genitals.

As our SexCoach Bea says in her tuppersex: “The body is a wonderful map of erogenous zones. You have to dare to discover them!”

With this idea we want to emphasize that when talking about orgasm we should not genitalize, that is, focus only on the sexual organs (something that usually happens when we address both female and male orgasms).

But the truth is that currently this idea has less and less force, what was previously considered vaginal is in a certain way also clitoral, since the clitoris is stimulated through the vagina. In the end, everything comes to the same point: orgasm.

The reason? The hormones that cause orgasm in women are found in the clitoris, but as the opening of the vagina is connected with the clitoris, some women can reach orgasm with stimulation of this area. And it is that the clitoris is not only “the nugget of love” The “the pleasure button” that we have in the upper part of the vaginal lips. That is the glans of the clitoris, but inside continues a wonderful organ. In short, what is commonly called the clitoris and G-spot, is the same organ with external and internal zones. As it is much easier to stimulate ourselves from the outside than from the inside, almost all women are more of “clitoral” than “vaginal” orgasms. Hence the importance of masturbating and getting to know each other, knowing what we like the most and thus, if necessary, being able to transmit it to our sexual partners. If you don’t know yourself or don’t know how to give yourself pleasure, it won’t be easy for another person to know you or give you pleasure… logical, right? 😉

Curious facts about the clitoris 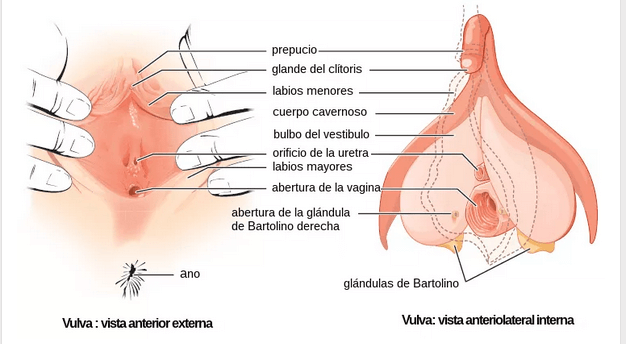 The thousand and one ways to reach orgasm

When we talk about sexuality, we always emphasize that there is not only one way of feeling and reacting. The same happens with the way to reach orgasm in women. Starting from the point that you should not focus on climaxing, but on Enjoy the trip and that it is essential that we are mentally predisposed, we are going to see some of the most common ways to reach the peak of pleasure:

Many of the sex toys are designed to stimulate the glans of the clitoris. If you want to focus on it 100%, we recommend one of the external vibrators or a clitoral sucker, an innovative toy based on pressure and non-contact massage to stimulate the clitoris inspired by oral sex.

Keep in mind that, as we always emphasize in our tuppersex, sex toys are excellent massagers for any part of the body: neck, neck, cervical, lumbar or feet can be great allies when it comes to stimulating us through massages, caresses or , why not, pleasant vibrations. You do not believe it? This massage glove will dispel any doubts you may have, a good way to introduce good vibrations in your home!

And yes, we are a bit pushy, but remember that the largest sexual organ of human beings is the brain. To enjoy yourself to the fullest, you must relax, leave your mind blank and open yourself to new sensations. experiment!

Do you have any questions or don’t know which product to choose to reach amazing orgasms? Contact our SexCoach, Bea, she will be happy to assist you and help you!

Female orgasm: hundreds of ways to achieve it


Take a look at our social media accounts and other pages related to themhttps://catherinecoaches.com/related-pages/