The term frigidity it was used indiscriminately as a disabling diagnosis in women who did not feel pleasure in their sexual relations. Thus provoking a harmful idea: “Something bad happened to women” if they “could not” enjoy vaginal orgasm or intercourse.

Etymology: The word frigidity, which is applied preferably to coldness and sexual enjoyment, is a derivative with a quality suffix -ez (from the Latin ities / icies) from the adjective cult frigid / a, which comes from the Latin cold (cold).

It is an archaic term that was used disparagingly during the first half of the 20th century. Today, we try to use terms that do not damage self-esteem so much. Such as lack of desire or sexual apathy and even anaphrodisia. In my experience as a professional I have disassembled it on several occasions in consultation. And I have been alarmed when I have heard it again in any of the current social and professional contexts.

The concept of frigidity It was defined as a sexual dysfunction typical of women that consists of the inability of a woman to experience sexual pleasure and reach orgasm. It was introduced into medical language by Mr. Freud, father of the psychoanalysis and modern psychology. Despite the great scientific work that he left us, it is also true that at that time women had neither voice nor vote. And less in the sexual sphere. So many scientific and medical men throughout history have made very serious mistakes for women’s sexual health.

I don’t blame him, since it was “normal” to think like that. He carried a castrating and moralizing education of the time. As an anecdote, there is a popular saying that goes like this: “There are no frigid women, if not bad lovers”That tried to rebel against these ideas in force since the beginning of the 20th century.

Sigmund Freud postulated that there are two types of orgasm: the clitoral, typical of a sexually immature woman; and the vaginal orgasm, typical of a mature and sexually developed woman. And the idea that vaginal penetration is the quintessential practice for women’s sexual pleasure has remained in force to this day.

With these false premises, Freud, the father of psychoanalysis, left in his wake countless women who, by not enjoying vaginal intercourse, were considered frigid. This idea is still very much in force today. The concept frigidity I’ve heard it mostly from middle-aged women upwards. To such an extent, something that is usual has become pathologized: that the vast majority of women do not experience pleasure from being vaginally penetrated.

It is important to clarify and demystify once and for all that there are no two types of orgasms. Experts say that an orgasm is an orgasm. And period. But it does not matter where it comes from: if through the ears, the ass, the clitoris or the feet. We have a body with two square meters of skin and countless nerve endings. No matter where the pleasure comes from, it is the brain that gives the signal to feel the ecstasy. All the physical sensations in our body go through the brain and whatever the orgasms, the main idea of ​​sex is to enjoy. 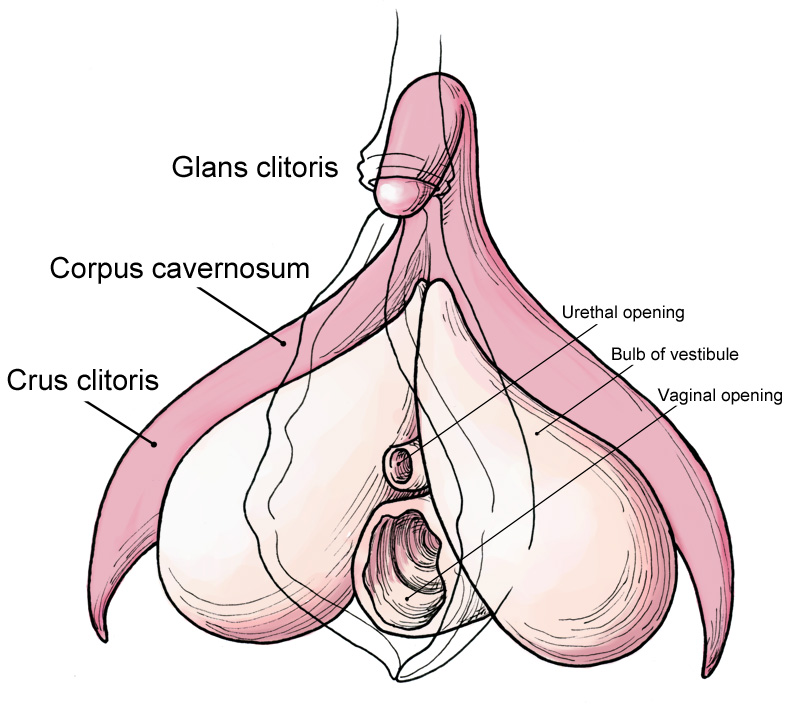 It is true that in women we have a very powerful wonderful organ that is prepared to give and receive pleasure. Not only is it a point at the entrance of our vagina, but it is an internal structure much larger than what is seen with the naked eye. The point of pleasure is only the tip of the iceberg. Inside us, the structure in excitement swells and we can feel a lot of pleasure if we know how to stimulate it correctly. Both inside and out. And that, my friends, is not to be immature. It is to be unique. Y each woman is responsible for her own eroticization of her body. Know how to love him, respect him and give him pleasure.

Deny once and for all that there are no frigid women. There are women who do not know each other. That they have not received adequate sex education.

To disprove this false belief it is necessary that you take into account the following: the human body has many erogenous zones to explore . So, in the case of women, the best way to demystify this at once is that you don’t need a penis to have pleasure, you need yourself. Masturbation is one of the best forms of self-knowledge, discovering your erogenous zones, type of stimulation, more pressure or not, … so that later, if you want to share your pleasure with another person, whether they have a penis or not, you can tell them how you want them to touch you. .

Yes,You have to tell your sexual partner how you want them to touch you!

And remember: there are no frigid women, only women who still ignore or continue to hold misconceptions about what a satisfying sexual relationship is.


Explore our social media profiles along with other related pageshttps://catherinecoaches.com/related-pages/